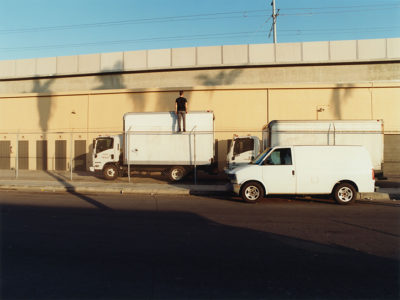 The city is large. The pictures are small. Los Angeles is horizontal. The photographs are hung vertically on the walls. A man is standing on the fence of an illuminated parking lot; he floats as a figure in a canal; hidden by palm trees, he stands on a chain-link fence. Each figure replaces the last; each picture confirms the last.
Each picture could also be the start of a story. But the figures in the photographs only become actors against the backdrop of the sky or in their affinity to the shadows. Or is it the city that moves through these figures? Even if you’re very light, it is impossible to remain more than a brief moment on top of a fence.
The works by Sebastian Stumpf walk a fine line between the act of narration and its strict refusal. Behind them are invisible histories of dwelling, semi-public space, and the power of the freedom of movement in insecure times. The photographs play themselves. Their figures disappear by becoming repeatedly visible; they surface because they disappear. 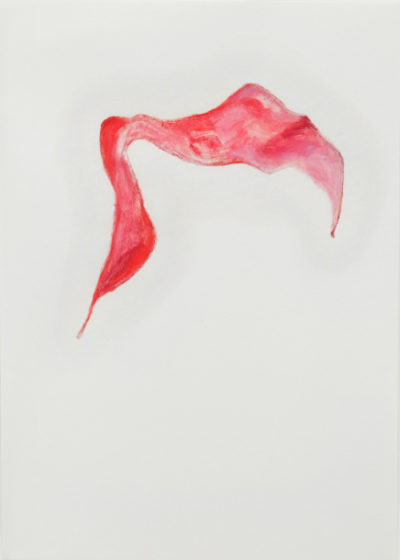 Installations by Margrét H. Blöndal draw their meaning from their location and their internal context. They feature an element of uncertainty, an unknown quantity, which we might call the X-Factor and makes it impossible to predict results or move an exhibition from one location to another. It can also be difficult to precisely define the source of a work’s beauty and attraction, a little like air slipping through your fingers or trying to catch a butterfly. This is surely the reason that Margrét H. Blöndal’s drawings have been compared to reading a book of poetry and her installations with musical compositions, where each unit, each sculpture is like a single note in the whole.

With friendly support of the Embassy of Iceland 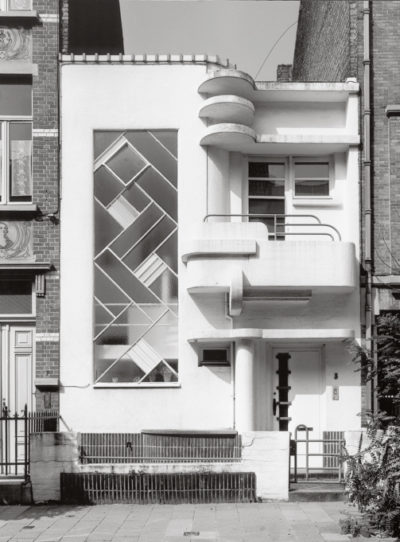 For over four decades Irmel Kamp has been photographing architecture, conducting long-term research projects focused on a single style or region. The current exhibition presents a selection from two of her most substantial bodies of work: Modern Architecture in Tel-Aviv 1930-1939, is the result of a five-year research encompassing more than 600 buildings, realized by Kamp between 1987-1993, prior to the large-scale preservation efforts of the city and to UNESCO’s recognition of it as a world heritage site in 2003; The second project, Les Années Trente, realized between 1996-1997, revolves around modern architecture of the 1930s in Brussels. Both compose an archeology of sorts of a local “International Style”. Rather than depicting “machines for living in” – Le Corbusier’s seminal maxim – the buildings in Irmel Kamp’s photographs are distinctly “lived-in” and not quite so mechanic, imbued with a sense of place and time and a poetics of presence.